The Fan is a district of Richmond, Virginia, so named because of the fan shape of the array of streets that extend west from Belvidere Street, on the eastern edge of Monroe Park, westward to the Boulevard.

History of the Fan 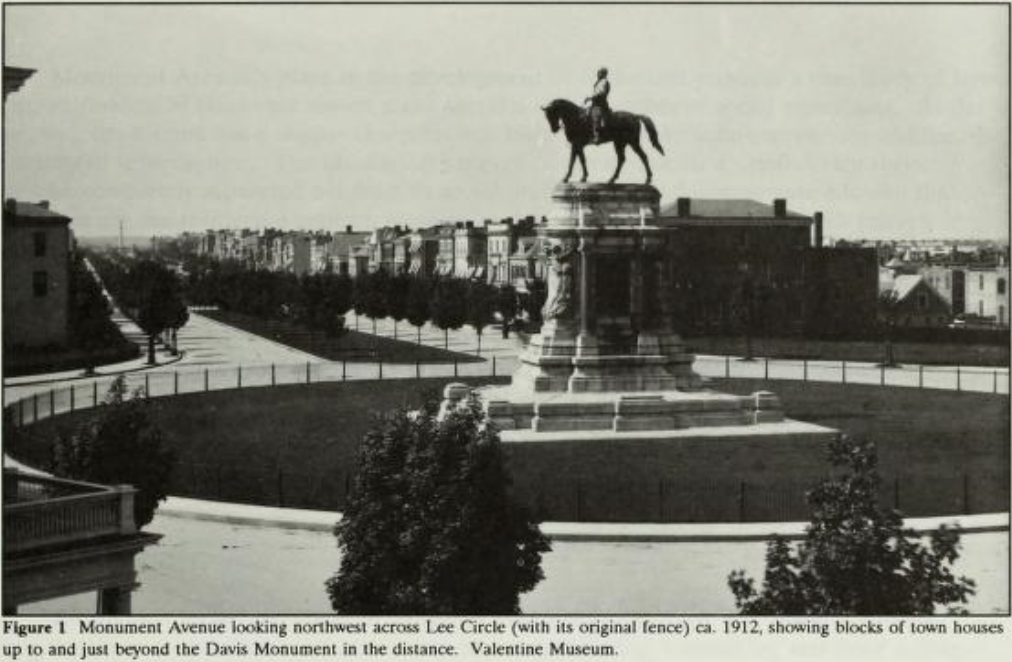 The Fan was originally inherited in part by William Byrd from his uncle, and partly granted by royal Governor William Berkeley in the late 17th century. In the mid-1700s, this property was developed into farmland by William Byrd II.

The area that became the Fan was a small, rural settlement coalescence named either for the nearby tavern or for the skirmish that occurred between Benedict Arnold and local Revolutionary troops. In 1817, the entire area was divided into lots for the town of Sydney, which never materialized. The area was relatively untouched by the Civil War, although Stonewall Jackson trained VMI cadets in Monroe Park and several of the Buildings that later became Richmond College were used as a hospital. Extensive building in the area did not begin until the 1880s, when the affluence of the middle class emerged during the Progressive Era. With the city’s population rising by nearly 30%, more housing was required. Resulting annexations by the city incorporated west to Lombardy Street in 1867 and to Boulevard in 1892. Building in the district was complete by 1920. Although the homes were designed and built by relatively few local architects and contractors, an extraordinary variety of styles and building treatments contribute both to the District’s distinctive quality and cohesive identity. Italianate, Richardson Romanesque, Queen Anne, and Colonial Revival building styles predominate, but examples of Tudor, Second Empire, Beaux Arts, Art Deco, Spanish, Gothic, Bungalow, and the American Arts and Crafts Movement are obvious as well. The area was a fashionable address for the socially conscious upper middle class through World War II, although, as with most cities, many of the homes were subdivided during the Depression.

However, in the 1950s the large stately homes, picturesque shady streets, and proximity to downtown and the university became extremely attractive again and a renovation boom – a revitalization of the neighborhood and restoration of the townhomes – began and continues today.

Visit the Fan of the Fan website to read an excellent history about The Fan Area Historic District.

History of the Fan District Association

Fan residents have been serving in leadership roles on behalf of our community for years. Take a look list of prior FDA Presidents - you might find a neighbor or friend whom you could thank for their service.

Historic house plaques may be purchased through the Fan Woman's Club.

The Fan District Association is a 501(c)3 non-profit organization.